The LegionLites app is a mobile application for managing home and outdoors illumination. 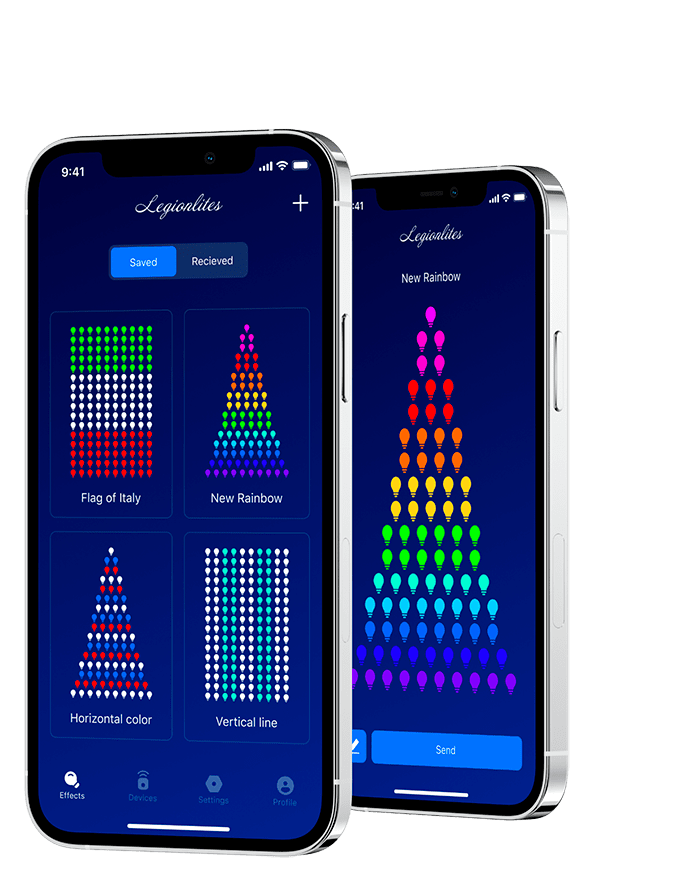 The app supports the creation of different modes, brightness, colors, and applies other visual effects on a garland – whether individually or as a group – via Wi-Fi.

This technology can be used for managing lighting on a Christmas tree as well as for storefronts decoration and street lighting on the trees and buildings.

Legion Lites founder is a manufacturer of garlands who wanted to create a white-labe l illumination management application. He needed a tech partner with a diverse skillset to develop native iOS and Android apps and to program the controllers. That’s when Itexus came in, accompanying the project from a concept to the fully functional product.

The client approached us with an app idea which we had elaborated during the Discovery phase. Our team conducted an in-depth research including tech risks analysis. The outcome of this effort was the preparation of the end-to-end project documentation. It included:

Detailed project plan with all work​​​​​​​ broken down into 8-16 hours tasks, with priorities, dependencies, and team structure.

The next step was to create the UI/UX layout for iOS and Android. We designed the apps with iOS Human Interface Guidelines and Google Material Design Guidelines in mind.

The work was organized using the Agile development model and Scrum framework. We split the development into 2-week sprints with a presentation of the new features at the end of each stage. Unified QA team was assigned to the project from the very beginning. The client communicated with the team in Slack and Skype, we also used Git as a code repository.

The development of the calibration algorithm was the most challenging part of the project and required an oscillograph for tuning the garland. Our engineers created a new way of calibration that made it accurate and precise. No matter how the garland is positioned, effects such as a “falling rain” will appear correctly from top to bottom.

We also needed to customize the controller to fit the project needs taking into account the limitations of the software. Our engineers wrote a bespoke soft for the controller in Arduino to program it to process the requests from the mobile app.

Fun fact: 5 garlands have been destroyed in the process. 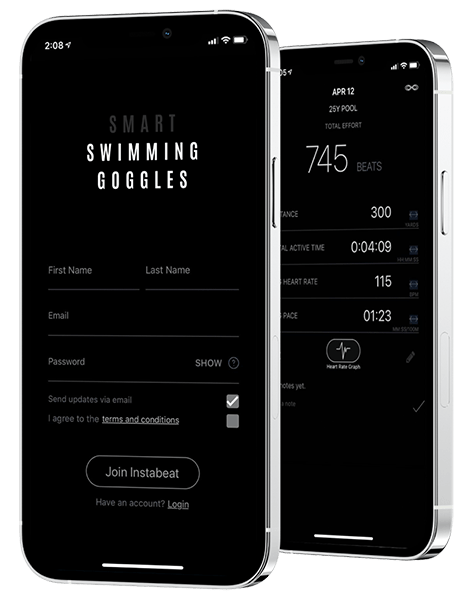 We have built an app companion to Instabeat’s groundbreaking accessory for swimming goggles. While the device monitors the heart rate, calories, laps and turns during swim, Instabeat app instantly syncs via Bluetooth and helps to track the progress.

Drop us a line and we’ll get back to you shortly.

We use cookies on our website to give you the most relevant experience by remembering your preferences and repeat visits. By clicking “Accept All”, you consent to the use of ALL the cookies. However, you may visit "Cookie Settings" to provide a controlled consent.
Cookie SettingsAccept All
Manage consent

This website uses cookies to improve your experience while you navigate through the website. Out of these, the cookies that are categorized as necessary are stored on your browser as they are essential for the working of basic functionalities of the website. We also use third-party cookies that help us analyze and understand how you use this website. These cookies will be stored in your browser only with your consent. You also have the option to opt-out of these cookies. But opting out of some of these cookies may affect your browsing experience.
Necessary Always Enabled

Performance cookies are used to understand and analyze the key performance indexes of the website which helps in delivering a better user experience for the visitors.

Analytical cookies are used to understand how visitors interact with the website. These cookies help provide information on metrics the number of visitors, bounce rate, traffic source, etc.

Advertisement cookies are used to provide visitors with relevant ads and marketing campaigns. These cookies track visitors across websites and collect information to provide customized ads.

Other uncategorized cookies are those that are being analyzed and have not been classified into a category as yet.